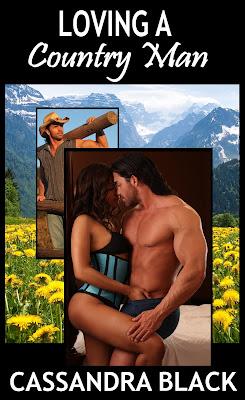 As always, THANK YOU for stopping by!
Cassandra Black 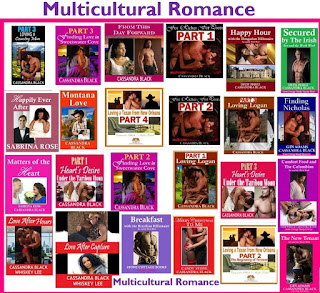 Posted by Cassandra at 11:23 AM No comments:

Novellas that do NOT have romance as a CENTRAL plot element cannot be considered.

Submission Requirements:  Please forward a brief summary of your writing background (including links to any relative published works), an outline and two sample chapters.

Posted by Cassandra at 11:02 AM No comments:

I just finished giving an author interview about the "Finding Love in Sweetwater Cove" romance novel series for a social media outlet. See below for more insight about the Sweetwater Cove books.

Tell us a bit about yourself.  Bio Excerpt:  CASSANDRA BLACK specializes in writing mini romance novels. Born and raised in the South, she just recently transitioned her business to the Caribbean -- a dream come true. The proud mother of a U.S. Serviceman, Cassandra is now settling into the second phase of her life, writing by the sea. Visit http://www.amazon.com/Cassandra-Black/e/B005BU7Y44 for her romance novels.

Describe the plot of your new book in a few sentences.  Series Overview:  After almost two decades, Heather-Anne McCreary moves back to her hometown of Sweetwater Cove, Alabama (after experiencing a tragic loss in Los Angeles), and ultimately finds love with Jake Coleman, a man she’s loved since she was a young girl.

What inspired you to write a story about a woman who moves back to her hometown and finds love with her childhood crush?  Remembering my tiny hometown in Alabama and the strong, proud, salt-of-the-earth men in my community.

What attracts them to each other?  First, the physical, of course. Heather-Anne and Jake have been attracted to each other since they were children, running around in the country together -- and it has not waned over the years. Also, their attraction is spawned by a similar upbringing in a small southern town.  Further, after being apart for years, they have both experienced loss and pain, yet they still maintain the desire to love and be loved.

What are some of the challenges Heather and Jake face in their relationship? Forgiveness, fear.

Who was your favorite character to write? In general, I love writing about women who ultimately overcome hurdles (external and those deep within) to find love and happiness, which is what drew me to both Heather-Anne, the heroine in Sweetwater Cove, and her cousin, Taylor -- who is a hoot! The leading men in my love stories are never perfect; always flawed, yet they are strong (though often vulnerable), proud, kind, giving, protective, and of course, sexy as hell … that would be Jake Coleman in this romance novel.

Tell us a bit about your creative process, from initial idea to published manuscript. My characters control everything. They take over whatever “creative process” or direction I think I want to follow when I have an idea for a new book, and there was no exception in penning Sweetwater Cove. The characters just pull me along (ie, “Taylor”), and I’ve learned to just let them. It always makes for a better story.

How do you feel about the increasing popularity of ebooks? I love ebooks. When I first started writing, I bucked the idea of ebooks for a bit (long history in book publishing industry, from legal to fiction). I have a few print titles reflective of my mindset in those early days. But now, I can’t imagine a world without e-publishing. It’s the way people read, and I feel blessed to be a contributor!

Is there any aspect of writing you don't like? As an artist, I do have lulls where it seems I just can’t get going. But when I just open the darn document and type “Chapter 1,” the magic begins. All in all, I truly eat, sleep and breathe writing, and I feel blessed to be able to “feed myself” --- on a Caribbean island, no less, doing something I love.

What do you have in mind for your next project? I am currently working on a spinoff novel from my recent romance release, “Montana Love.” (Read a free sample of the existing title:  http://www.amazon.com/dp/B00XLD9HNY.)

Is there anything else you'd like potential readers to know about your book? ?The Finding Love in Sweetwater Cove romance novel series (http://tinyurl.com/sweetwater-series) is a good, old-fashioned love story, set in a small southern town, with twists and turns that introduce a few other very memorable characters. I hope you enjoy Part 3!  Cassandra Black 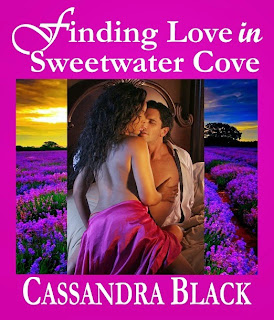 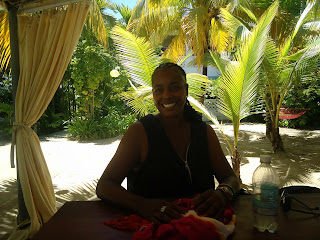